Google’s algorithms are complex software programming that searches, reads, scans, and much more to find the best results for users' search queries. 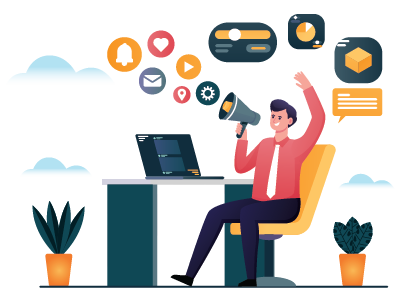 If you keep up with digital marketing then you probably must have heard about Google algorithms.

But have you ever wondered what they’re exactly and how they affect websites and eCommerce stores’ ranking?

What is Google Algorithms?

Google’s algorithms are complex software programming that searches, reads, scans, and much more to find the best results for users’ search queries.

In other terms, it is used to retrieve data from its search index and instantly deliver the best possible results on a user searched query.

Below I have compiled a full list of Google algorithms launches & updates that have rolled out over the years.

Digital Marketing Algorithm – Everything You Need to Know

Google announced the ‘’BERT’’ (Bidirectional Encoder Representations from Transformers) update on 25th October 2019 but reported that it has already been rolling out for a few days.

According to Google, this will affect 10% of U.S English search queries, which means this is one of the biggest Google updates of the last 5 years.

Google’s March and June 2019 core updates were about them wanting to better evaluate (Expertise, Authoritativeness, and Trustworthiness) E-A-T criteria.

Google actually pre-announced this June 2019 Core Update on Twitter, letting the SEO industry know that a broad core algorithm update would be rolling out over the next few days.

The SEO community has pondered the idea of this Google algorithm being a reversal of the March 2019 core update. Analysis of web traffic that shows a variety of niches has seen volatility in rankings and Google is heavily focused on user search intent.

Google launched a big core algorithm update on March 12, 2019, that caused some websites to see an increase in search traffic while other sites declined in traffic worldwide. It seems to be a successor of the August 1, 2019 Medic update however this time it will impact sites more broadly and focused on a few new areas.

With the Medic update, Google changed the significance of its algorithm’s core ranking factors. This update is the overall framework for how your content gets ranked in the search results. This broad core update affected many prominent sites in the health and medical niche and was named the ‘Medic Google Update’’ by Barry Schwartz.

Google which is known as a major search engine continued to make tweaks to their algorithm in May to reward quality content as it did the previous two months. Websites that wasted Google’s crawl rates primarily through diplomacy as well as high loading times, high bounce rates, and ad-heavy content saw the biggest rankings drop in this Google update.

This change to the rankings algorithm was implemented to not punish any specific niche, but to simply reward websites that are doing things right.

Well, there was no official announcement for this update by Google other than confirmation of several small Google updates occurring around this time. Maccabees update caused a stir when prominent digital marketer’s websites along with eCommerce store rankings took a hit during the busy holiday season.

The Google Fred update’s main target was low-quality content. This was done in an attempt to rank websites higher without putting in a quality effort.

Google’s penalty to publish websites with intrusive popups went into effect after this Google update.

Google Penguin 4 was announced in September through a webmaster blog and includes a few major pieces. First, it is now a part of the core algorithm and will go real-time! Second, it will be more ‘’granular’’ or page-specific as opposed to affecting the entire domain.

Google’s Possum Algorithm Update was announced via Tweet to filter out duplicate and spammy results in the local pack and Google Maps in an attempt to provide more quality and diverse search results to people for a local business or service.

In their quest to make websites more mobile-optimized, Google’s John Mueller has confirmed the completion of the rollout of the algorithm update that increases the effect of the ranking signal for the web- pages that are relevant to a user’s search query and are mobile-friendly.

On Feb 23rd, 2016, this paid search update was rolled out to remove sidebar ads in the search results and add a 4th ad to the top block.

A lot of SEO tools reported changes and many fluctuations around these dates in early January. Most SEO experts expected this to be the new Penguin update, but Google denies this. Google officially launched later on that this was a core algorithm update. There were no reports of huge losses.

Google has announced a change to its algorithm called Rank Brain– Basically Artificial Intelligence (AI) learning. There are no new glaring differences in website ranking factors, however.

This was not an official update by Google but many webmasters reported big fluctuations around this time. There was a huge thread at the webmaster’s world about it.

A major change in Google’s local search happened in the month of August. It’s not an algorithm change but an important update for websites. Google rolled out a new design for local, getting rid of the normal local 7-pack and trimming it to a local 3-pack view.

They officially confirmed it made changes to its core ranking algorithm in the month of May in terms of how quality signals are processed.

This Google’s mobile-friendly ranking factor algorithm update was rolled out to add mobile-friendliness as a ranking signal that affects mobile searches internationally across all languages. This update can have a significant impact on SERPs while providing better and more relevant results for users.

As an SEO consultant and marketer, Google updates may seem repetitive, detailed, and a lot of work.

But it’s important to remember that Google wants to deliver a fantastic search experience to its users.. including you and me.

These algorithm updates are designed to prune out the lazy, bad-quality, and illegal content that’s not only filling up our search queries but also competing with our own business and promotional content.

In short, these Google algorithms are a good thing for online businesses! It’s up to you to use them to your advantage.